Oh My Love, My Darling!

Black History and Valentines Day Love Rolled into One 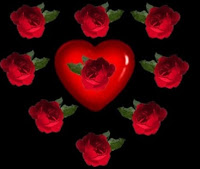 If this song was in the time of this letter, I would dedicate the words to this song sung by the Righteous Brothers to Fannie and Norfleet.

Oh, my love, my darling
I've hungered for your touch
A long, lonely time
Time goes by so slowly 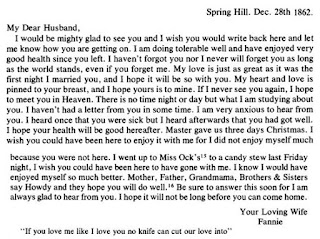 And time can do so much

No one knows who wrote this love letter for Fannie but according to Randolph Campbell and/ or Daniel K Pickens, the handwriting of other documents in the Family papers look like it may have been Louisa.

A bit of history  that led up to THE LETTER:

In 1860, Theophilus married Harriett Person from North Carolina and bought her to Texas.

In 1862 Theophilus Perry left to join the the Harrison County Lancers a part of the 28th Texas Calvary.

With him he took one Norfleet Perry a slave that belonged to his father Levin as his body servant.

Norfleet was the mate of Fannie who also was at the Spring Hill Plantation. There is no indication that Norfleet and Fannie had any children.

Throughout the time that Theophilus and Norfleet were gone to war, Harriett and Louisa sent letters letting him know the goings on at home.

Included in these letters were bits of messages to give to Norfleet.

Messages relayed by Fannie that she had sent two pairs of socks and did he receive them or had he gotten a comforter.

In 1863 Norfleet disappeared from the camp where they were situated.  Theophilus assumed he was trying to make his way back home according to his letter he wrote to his wife.


The war claimed Theophilus Perry.  I pray Fannie and Norfleet were reunited!

The original letter can be  found in the Person Family Papers Manuscript Division at Duke University.
Excerpts Randolph Campbell and Daniel Pickens