The Plan:
Plans had been made for Spring Break and five young college girls were all set to go to California for a week of fun at the amusement parks and the beach. Friday was the big day but the trip would not start until one of the young ladies got off work later in the evening.

One of the plans was to detour to another city, spend the night at my grand-daughters uncle and aunt’s house, and then head to Los Angeles where a hotel room was reserved until Tuesday.

The Storm:
I love the weather channel and most days aside from looking at MSNBC and CNN I tune in on what the weather looks like in other states. What caught my attention right away was that a massive storm was headed into California and by early Friday morning Arizona would feel its wrath. Snow up in the northern half and rain and high winds in the southern half of the state. 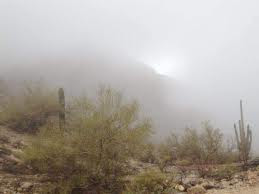 I am now concerned that these young ladies might not know what lies ahead. As the hours pass by and the sky turns dark, here comes the rain and hail. My daughter and I both call our lil lady and tell her what we see coming. The response we got was “we know”.

As the rains beats down harder and no letup in site, another call was made by my daughter again saying that it was storming too hard and it was too late in the evening to head out. They would probably not reach Moreno Valley until about 12:O’clock in the a.m. The response “we know”.

I was worried and my daughter was also. In fact I could see the water rising up in her eyes because she knew that the girls were not thinking straight. So I made a call to my brother, the Uncle!! After expressing our concerns to him, he called. His response to his niece was “%$$%^&” and “&%&**” and “I mean it!!!!!!”

The next thing we knew the girls came by the house and said they would not leave until early in the morning around 5:00 A.M. The text message came in around 7:O’clock A.M. and they just hit the road. I asked my daughter if they had overslept even though I was okay with that time. She said they may have been relieved to leave when they did. LOL

Aside from calling when they reached a point to tell us where they were, the next important call came when they got to Los Angeles. They found the hotel but could not find a place to park. I could hear my daughter saying that it must be awfully crowded. She said can’t you guys just pull up front and go check in and then find a parking spot.

The next I heard from daughter was’ what do you mean there was no up front, what’s the name of the hotel?
After a few more words and telling my grand-daughter to call as soon as they check in, she got on the Internet and Thank God for Google

The next sound I heard was Oh My God, Mama, this is the hotel where they found this lady’s body in the water tower. Mama, this is where the serial killer Richard Ramirez stayed!! The next sound I heard was my daughter’s finger hitting the digits on her phone calling her daughter. The first call was not answered. The second ringy-dingy was and they had checked in to the infamous Hotel Cecil.

My grand-daughter must have said something to the fact that the room was small after listening to what my daughter told her she found out on Google. She stated that she would call her back after talking to her friends. The nights had all been paid for and their money was all rationed out on what they were to spend while they were there.

Me, I got on the phone again and called my brother, told him what daughter found on Google and asked him to call her again. He called and told them that he knew the area and that they should consider what they would lose versus what they would really lose as far as safety. The area they were in was full of folks that were not so desirous. They would be subject to be ripped off of their belongings etc, etc. He also stated that he could get them a couple rooms at the base.  Again my granddaughter said she would call him back after talking to the rest of the girls.

The Rest Of The Story:

Hopefully they were in the process of getting the heck out of there when they decided to take pictures of what the room looked like. As they were filming, they heard a man scream from the room next door.

The Calm After The Storm:

The young ladies had to cut their losses, see what they can find that will be free but fun and know that lessons had to be learned. Lessons like you do in school to get a good grade. Do your homework because it pays off in the end. 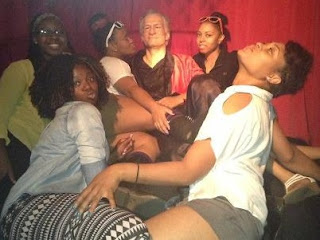 Don’t let this be the last of your spring breaks as a group; it’s all a part of growing up. By the way, old Hugh looks like he is all waxed up (smile)