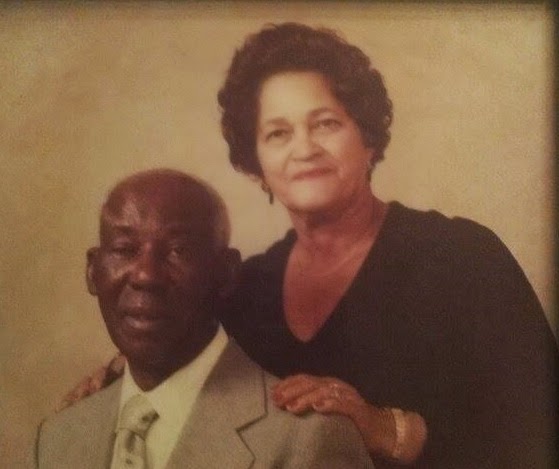 I remember vividly when we were younger how excited we all were to go out of town.

Our parent’s  Frank and Zepher Williams packed a few things and headed west out Buckeye Road.

The road was lined with huge Pecan trees and acres and acres of crops or cotton depending on the season. 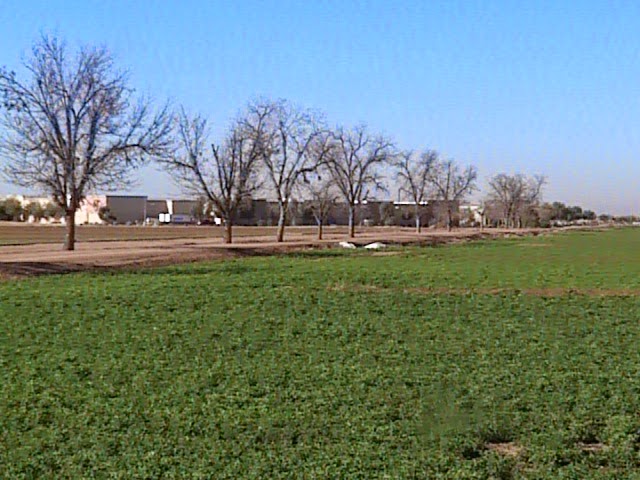 After travelling so far we would come upon a large house located on the left side of the street and turn into the yard.

What seemed like hours back then would only take about 15 or 20 minutes now. The route in later years changed from Tollison to Glendale when they decided to hang up their hats to a more peaceful and less stressfull life.

I personally think a stretch of Lower Buckeye Road should be named "Whitfield Road" because of the impact the Whitfield’s had on the area with their Dairy Farm.

Every time we went I always liked to go out back where they kept the cows and watched the milking process.

Don’t ask me why because I am only a little bit country. You know, like fishing and maybe throwing one or two handfuls of chicken feed to some chickens at my aunt Carmena’s in Texas.

When the season came to harvest watermelons it seemed like there were millions and millions in this young girls eyes.

We also got to taste the fresh fruit of a couple straight out of the ground.

Years later my brother Theodore, Cousin Billy, Prudy, Fulbright and others from Phoenix would go and help pick the ripe ones. I imagine this was many of the young guy’s first jobs to get pocket change.

Inside the house were two people that held the glue together; Otto and Thelma Williams Whitfield.

Aunt Thelma was the cousin to Frank. Her father Palmer and Frank’s mother Mary were sister and brother. 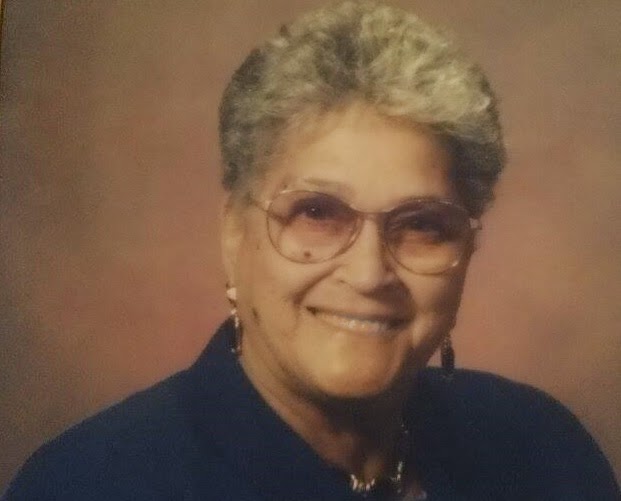 As a kid we grew up calling the elder’s Aunt and Uncle but the kinship line here was cousin.

As I look back at the good times we had as kids I am reminded that we all came from somewhere and how the roads traveled all had a scenic route.

How these two met, I have no idea. I know that Aunt Thelma was the child of Palmer Williams from Cold spring Texas and Mary Erma Harrison Williams from Huntsville Texas. 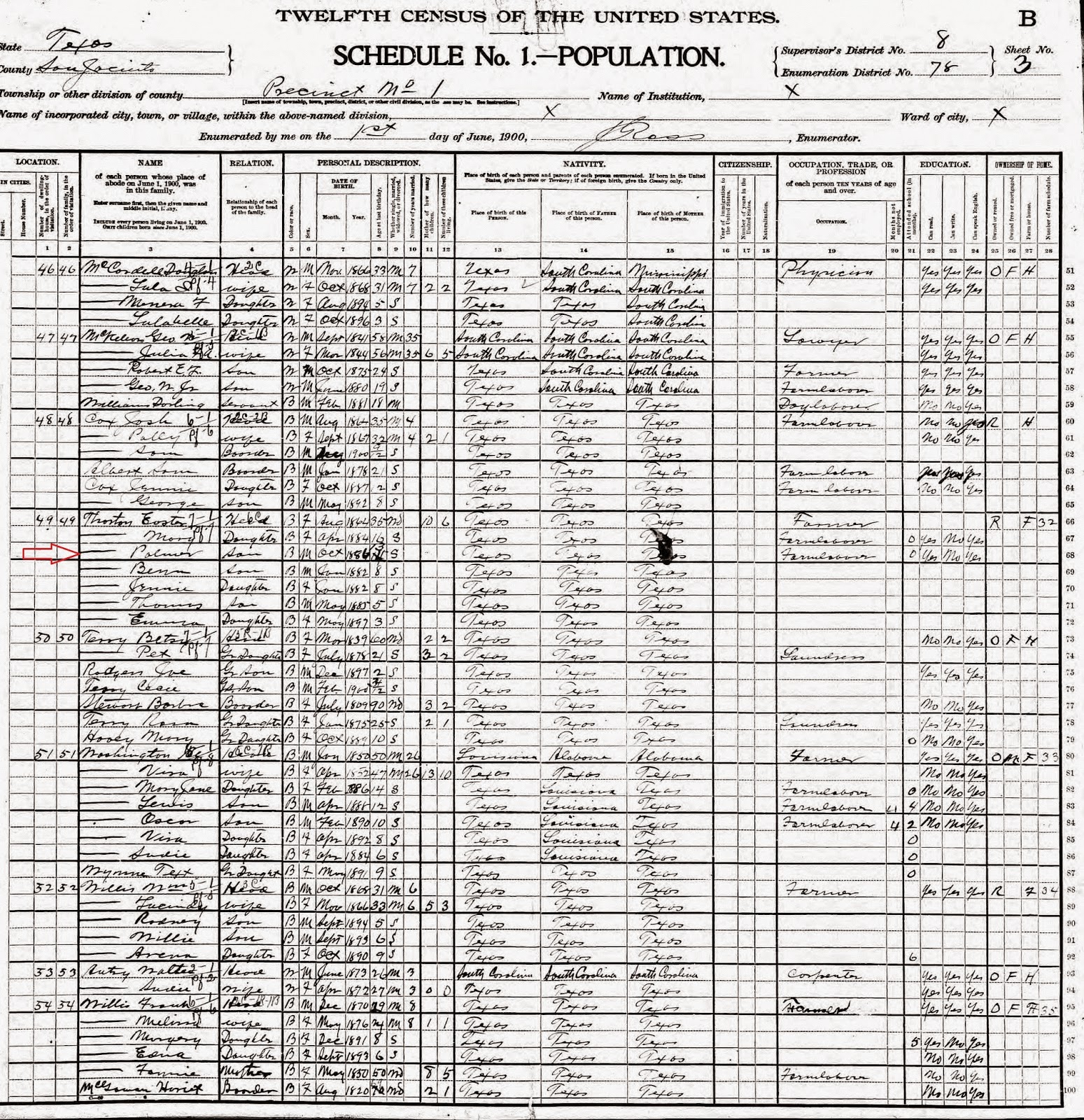 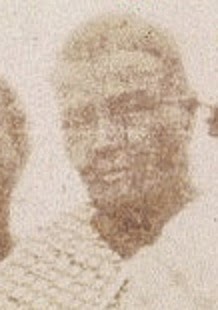 According to this census Easter was the mother of ten children with only six living at the time. Here is the exerpt for a better view.

I later learned that Otto was the child of Frank and Roxie Settles Whitfield who lived in Oklahoma but married in St. Francis County Arkansas. 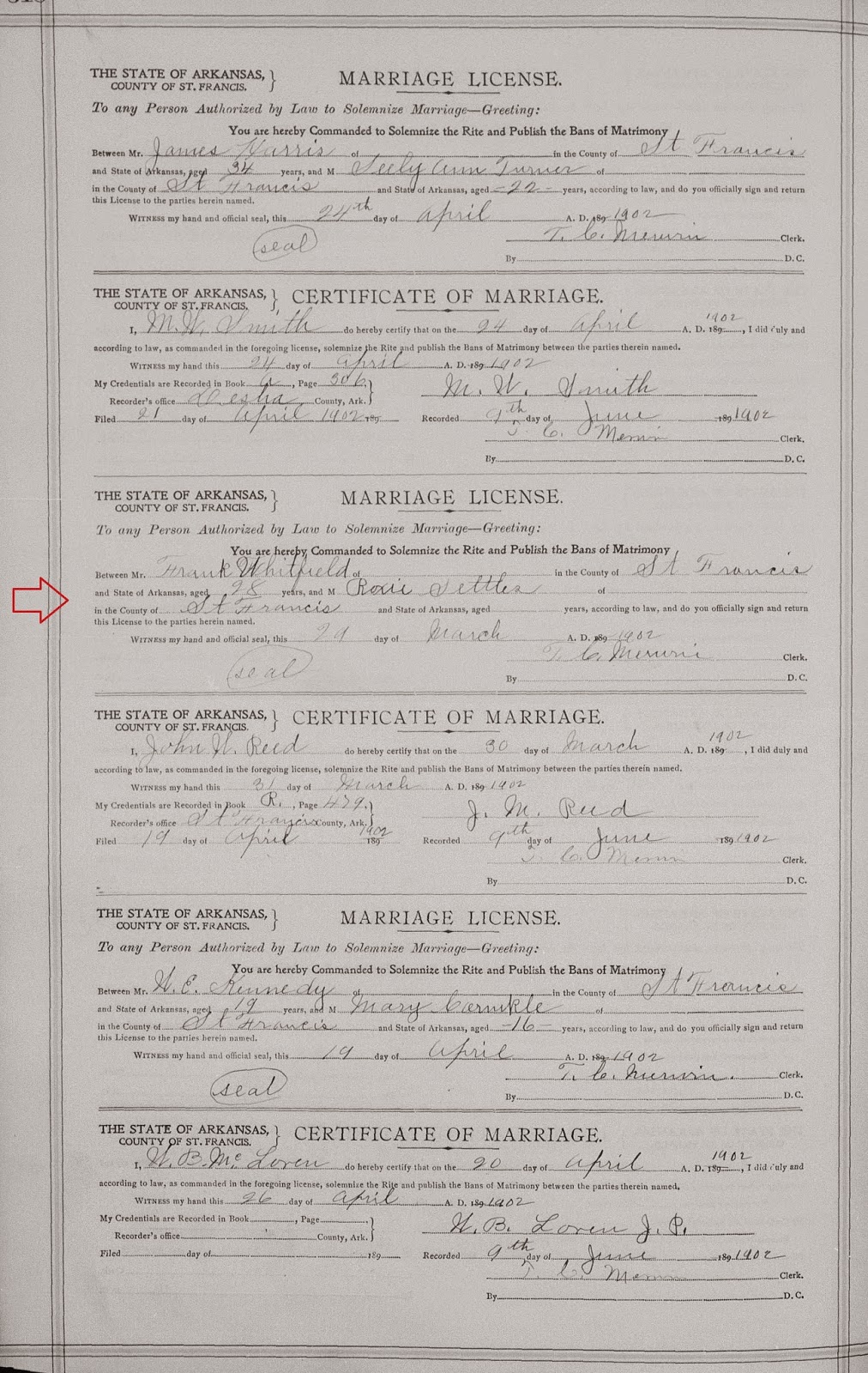 They just happened to be the parents of another favorite of mine Uncle George Whitfield.

In the 1920 census Otto is listed as ten years old 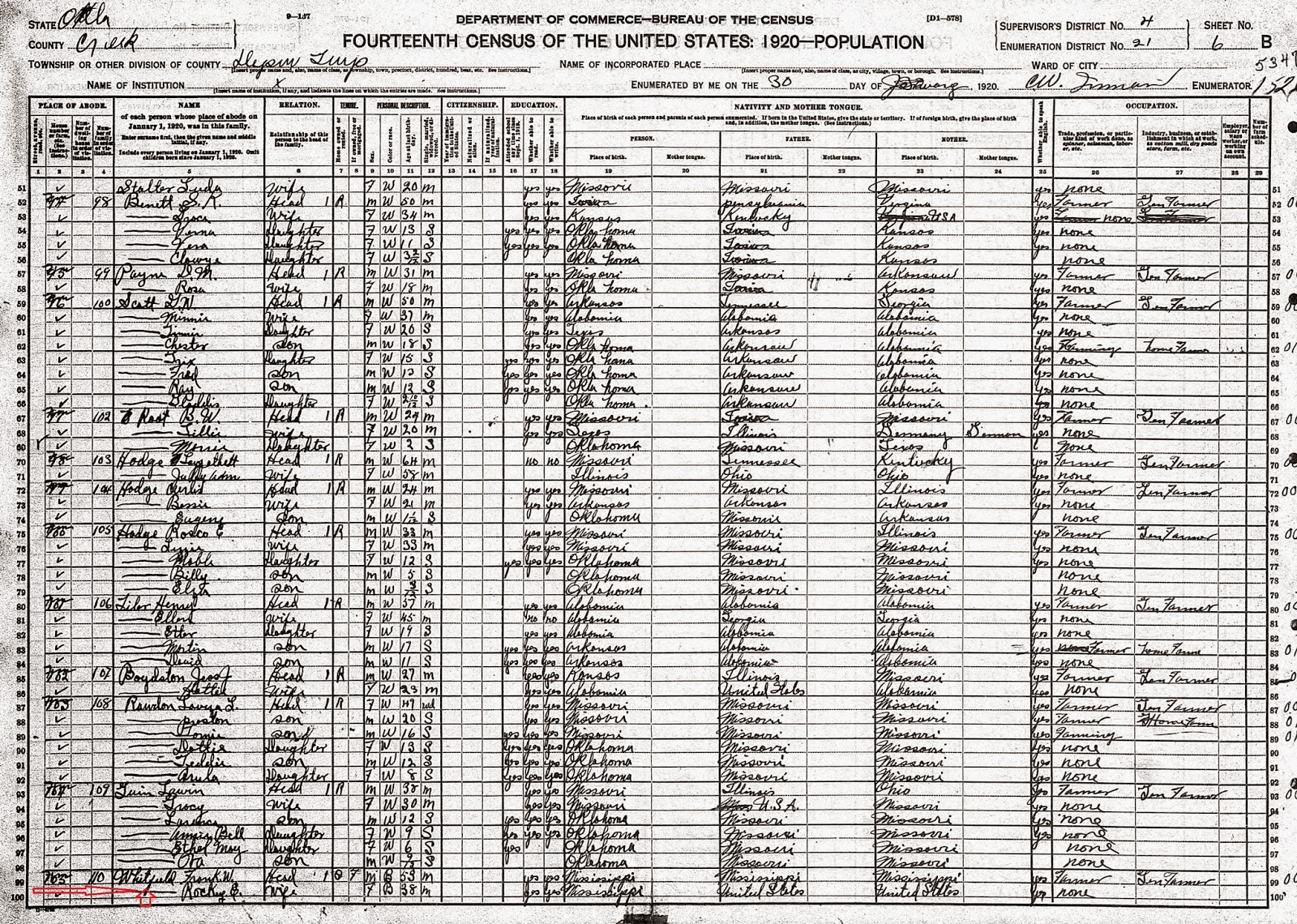 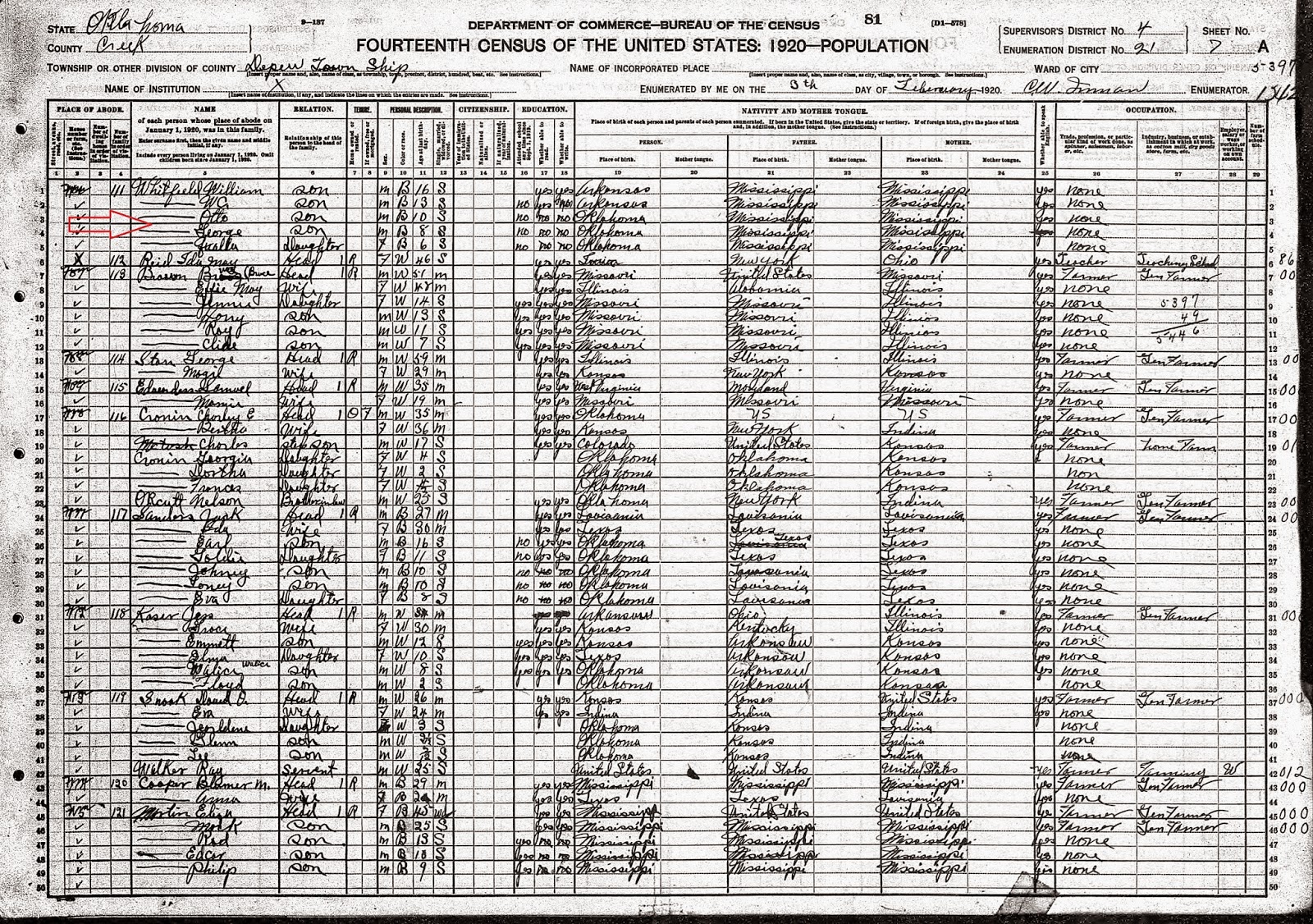 This is the excerpt of the 2nd page showing the rest of the Whitfield family for a better view.

Born to parent’s Palmer and Mary Harrison Williams.  Thelma entered the world in Galveston Texas on March 25th 1914 where she joined her other sisters Gertrude, and Bernice and her brother Garcia. Thelma’s dad worked for the Railroad as a section chief. 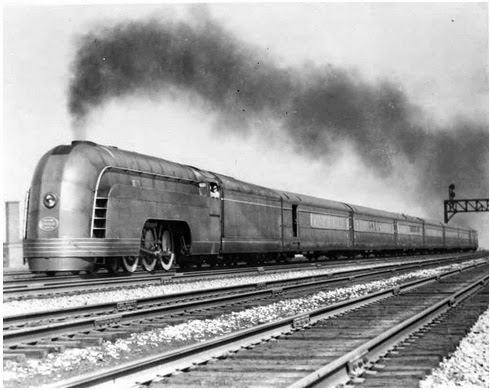 By 1920 the Williams family lived in Beaumont Texas where the job still had Palmer working for the railroad and supervising others while Mary
while Mary worked in the home.

Further research states that Mary was the mother 13 and here are a few more certificates. 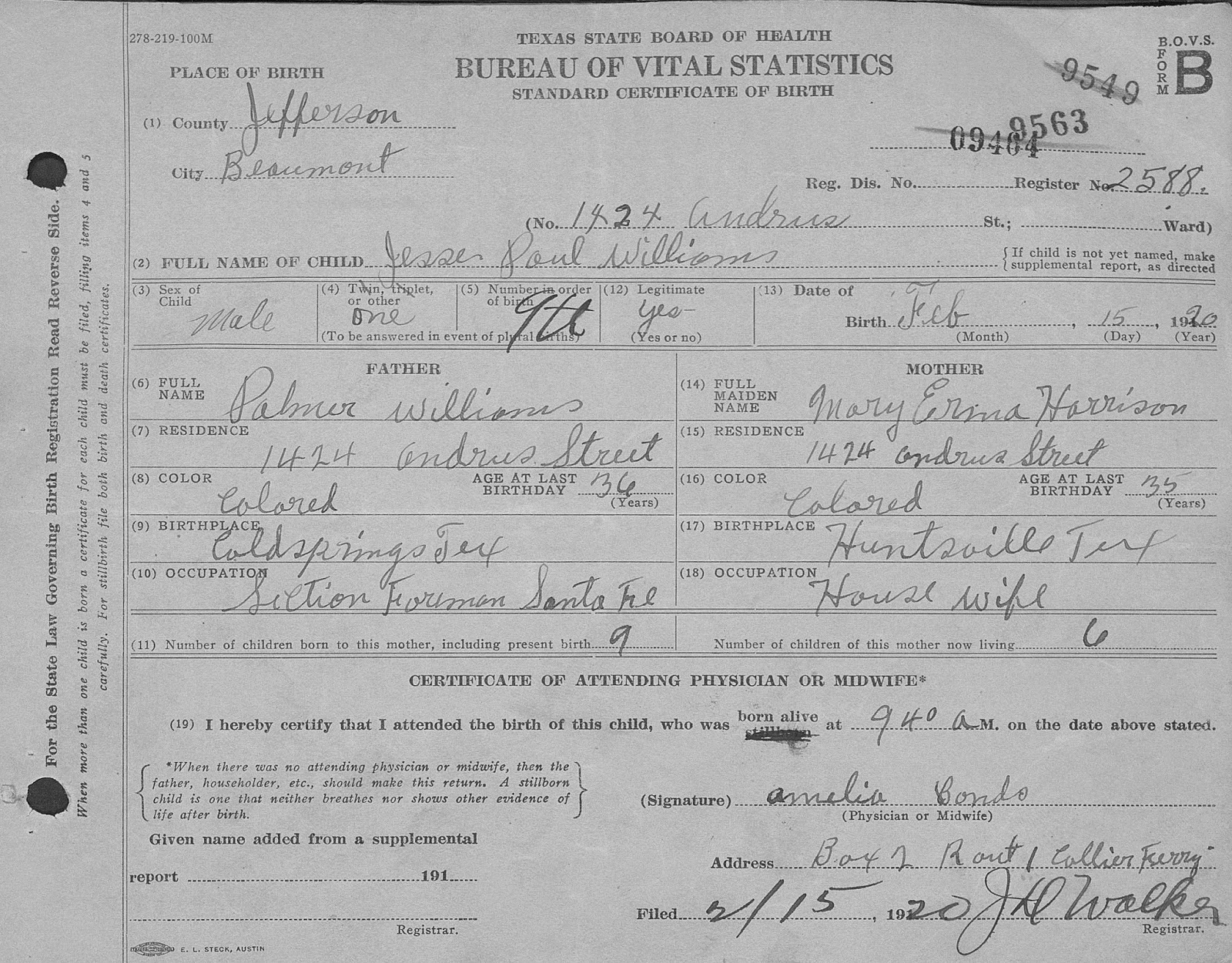 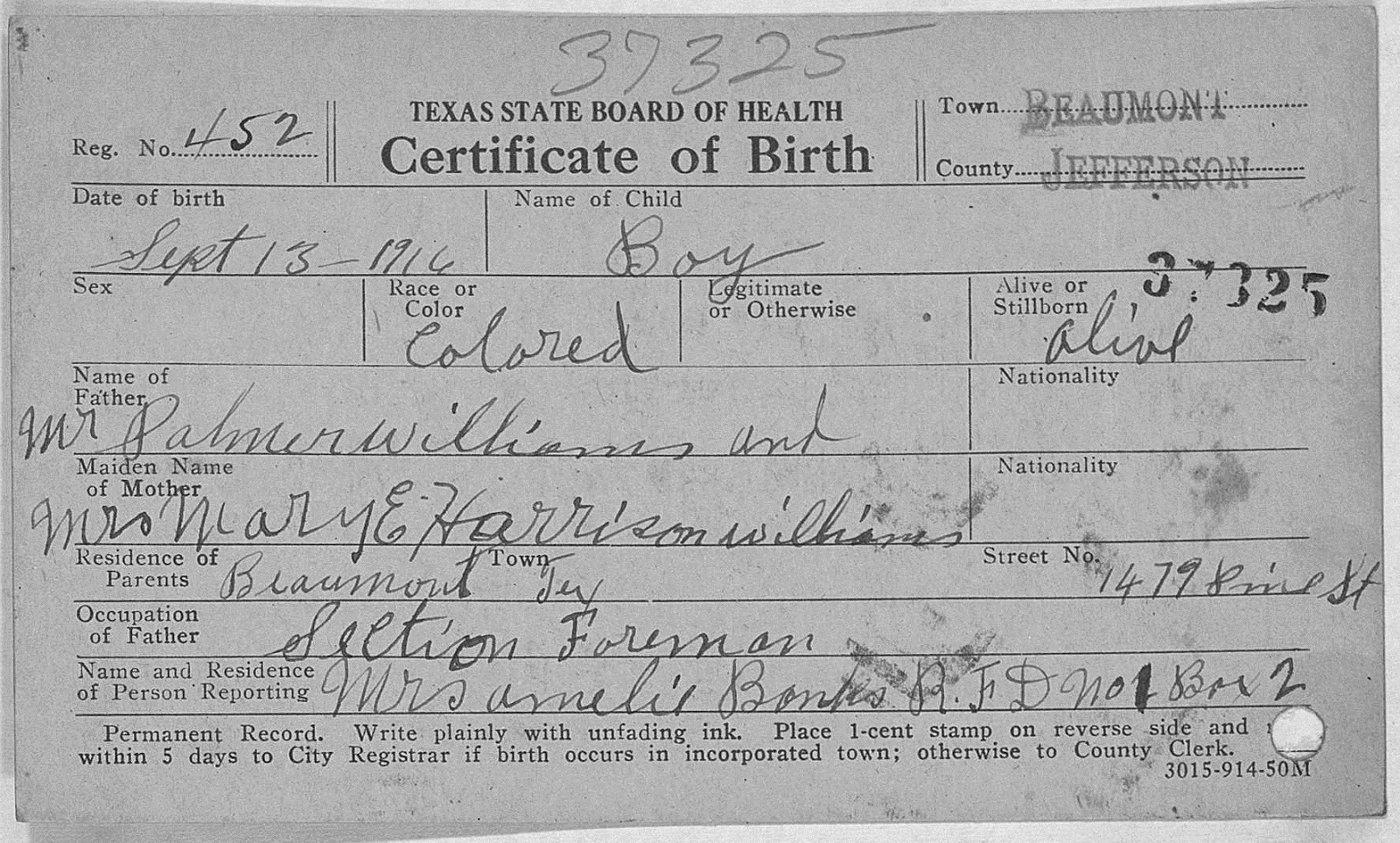 The 1923 City directory in Beaumont has them living probably on Railroad property for those that worked for them as evidenced by the address on Plum at the SW corner of the GC& SF Railway. (click to enlarge) 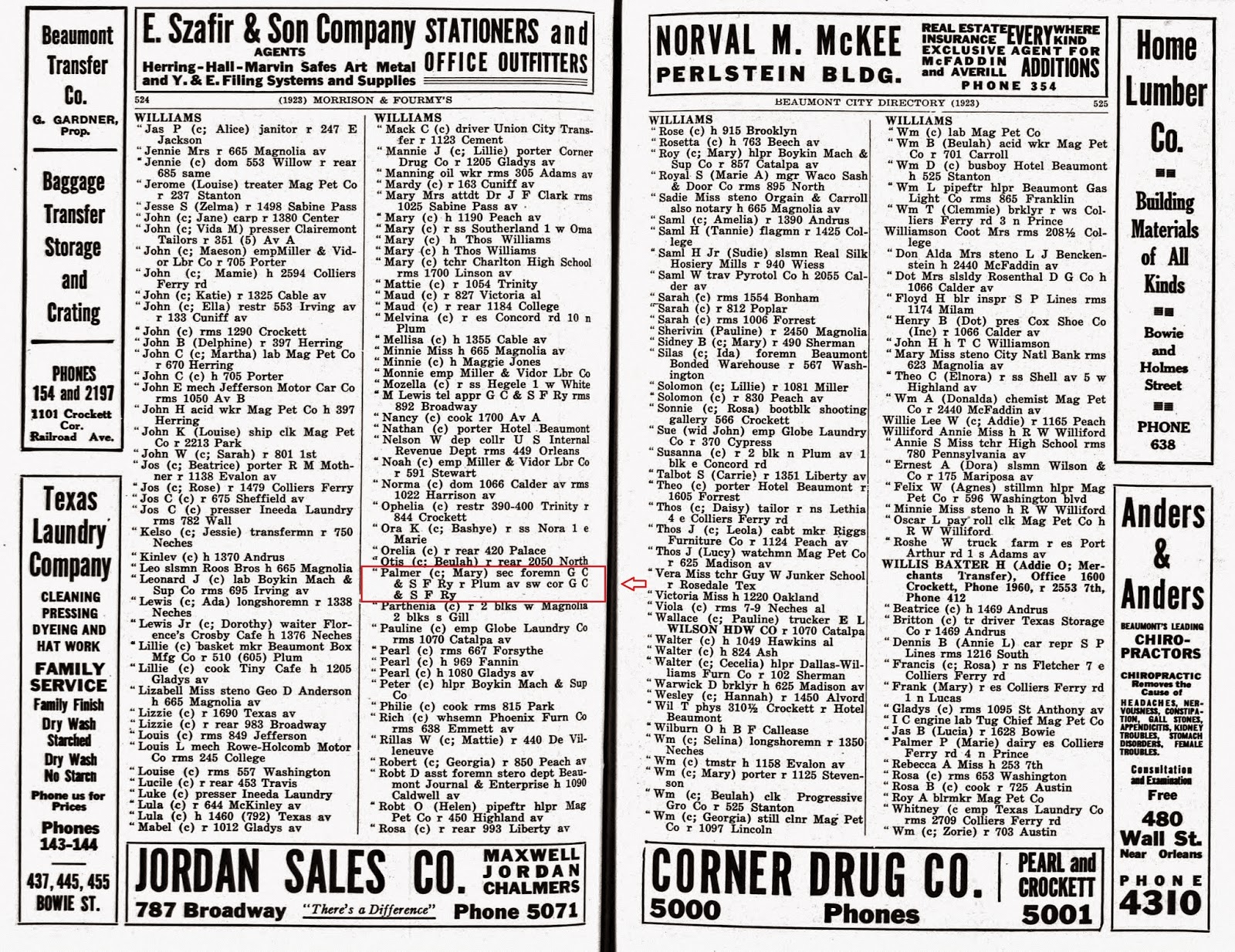 We see here that according to the 1940 census the Whitfield’s are already living and farming in Tollison on Lower Buckeye Road. 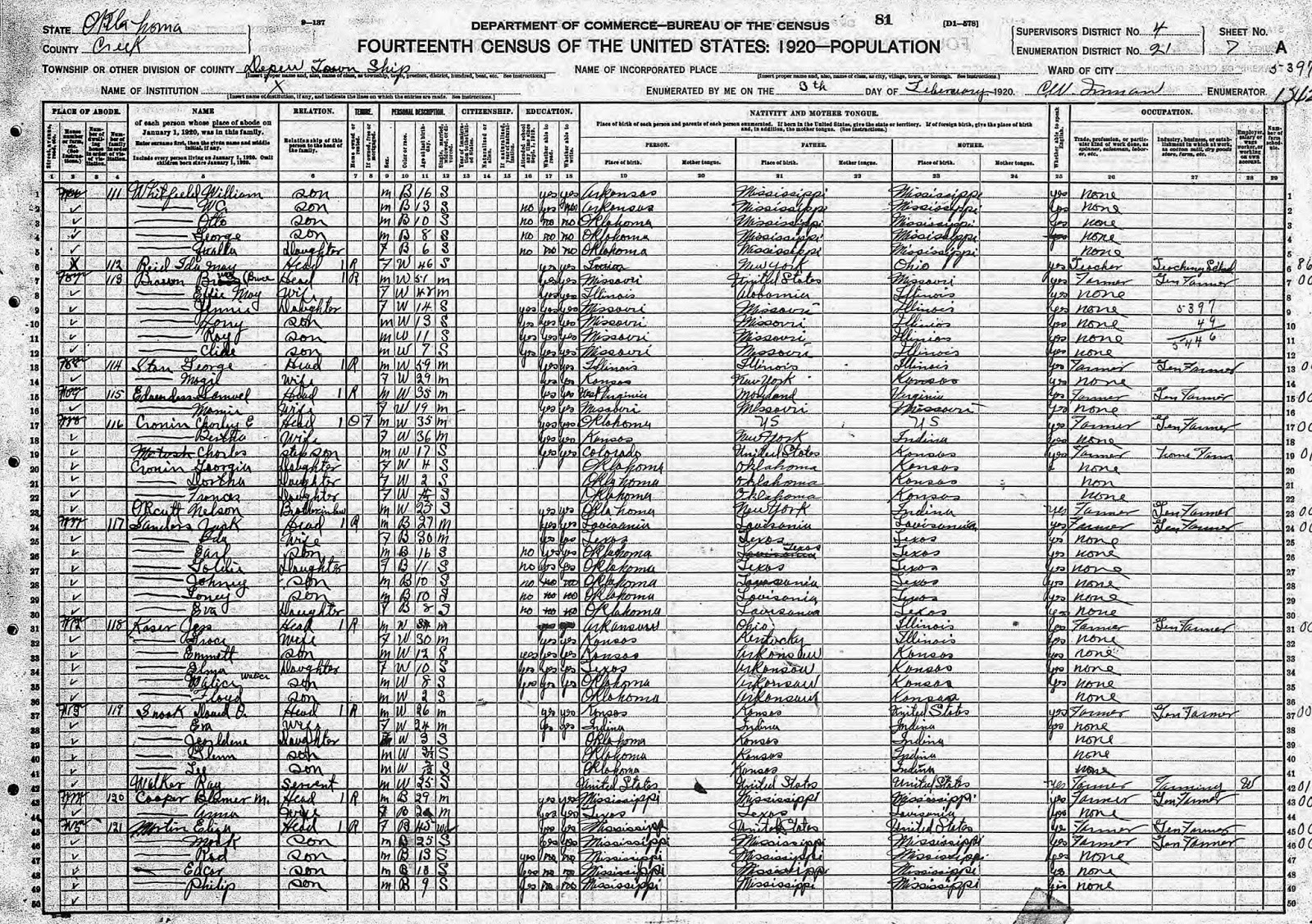 Both the Whitfield’s Otto and Thelma are gone on to Glory. I don’t have to imagine or wonder if they are living together in the rooms of many mansions.
As long as they were together on earth,  I know they are resting in perfect peace in Heaven.

Sing for the Whitfield's Dotty Sing this amazing song!