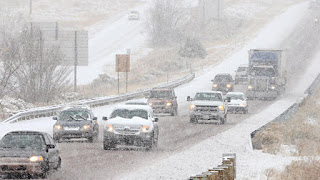 Not to long ago my daughters next door neighbor Lorie, born a Henderson was driving through New Mexico when she encountered snowy conditions. They did not have snow tires on the car and was concerned about being stuck on the side of the road.

She sent a text and asked for our prayers that they get though the storm and home safely. They had earlier that day left Oklahoma from attending the Home-going Celebration of her aunt LaFay "Tootie" Henderson McClendon. R.I.P. Ms Tootie.

After reeling from that bit of news I went on my computer and happened to click on some pictures that I had stored. There was a picture on my mother Zepher, my grandmother Essie, and what do you know Mr Turner a good friend of the family. Mr Turner was Henderson Turner.

I smiled to myself and thought of the Henderson's. All last names and here I come up with a name from the past but this time it was a first name. 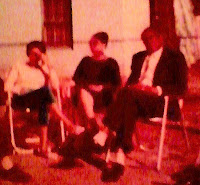 The next morning I got a call to do Lorie who was born a Henderson a favor and take her son Goobi to school. On the way back the sun was rising and had a terrible glare in my eyes. I pulled down the visor and attached to the visor was a button touting the Dave Henderson Family Reunion 2011. 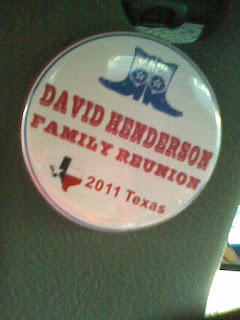 Ok, this Henderson thing is grabbing my attention now. I thought about my grandmother and her Henderson neighbors she had told me about as a child in Marshall Texas. Of course these Henderson's are no relation to Lorie, who was born a Henderson but I will tell the story anyway.

My grandmother was living with me at age 95. She had the stages of dementia but even before then she was very closed mouth when it came to her family. Even though I was her grand-daughter she did not trust me either. It was like pulling teeth from her to get any information.

One rare time in talking to my grandmother, she mentioned the name of her best friend as a child growing up. Her name was Laura. She said that they both attended Freedom Enterprise School.

I later found out that the school was Friend Enterprise a Rosenwald School and that was also the community in which it was located. 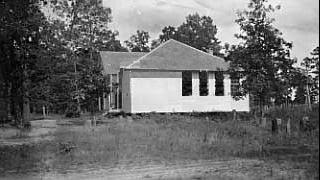 I found Ms Mandy living next door according to the 1920 Harrison Co Texas Census. Actually you had to go down the road and make a sharp left to another road (The Joe Taylor Road) then go back up even with the Henderson's back yard. 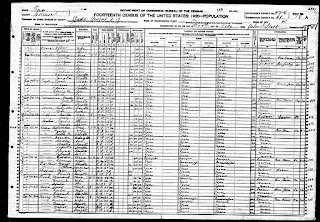 I wanted to find Ms Mandy in more than one census so that I could verify what I was told. (click to enlarge all census images) 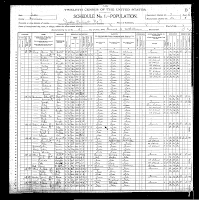 When I got to the 1880 census I found Amanda and her husband Elbert living next door to Phoebe and Dave Henderson. This was not the Dave Henderson whose button Lorie, born a Henderson, had attached to her sun visor. Dave was the father of Elbert and father in law of Ms Mandy. 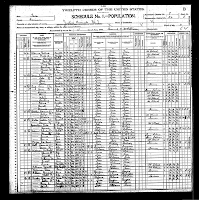 Phoebe was the same person who was listed in the Slave Narratives I had looked at so often.

This is a picture of Phoebe Henderson. She appeared to me to be a strong black woman. She had to be,she was one hundred and five (105)at the time of the interview. She and her husband went through slavery and persevered. 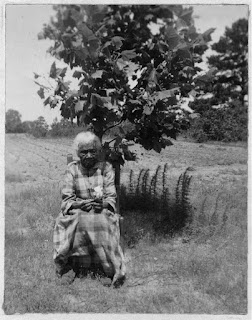 There was mention of Phoebe living in the Enterprise Friendship Community, and this matches what my grandmother stated about the school she attended.

I have enjoyed going down the Henderson trail in this mind of mine. I would hope that its a testament of things that can maybe help not only myself but others who may have a story to tell.

Phoebe's story was told a long time ago and now perhaps she can be recognized once again to many others known and unknown.

As to Lorie who was born a Henderson, she's cool and I bet she has more than a few Henderson stories to tell.


see link for the rest of the Born In Slavery Narratives: